Well, Christmas has come and gone and so now I can share some of the items I gifted this year.  For my cousins out of state I sent a trio of slippers.

The pattern can be found here and is free.  I called them the Ikea slippers because you knit 6 squares and then pick up and knit a square on each side for a total of 8 and then you have to figure out how to fold them up and make a slipper.  This is a felted project which was fun and something I had not done in awhile.  I used the tan in all 3 and then switched out the other two colors.  I used Lite Lopi and they turned out great!!

For my mom I knit a cowl from yarn she had bought for herself.  She went to MadTosh in Fort Worth and bought me some yarn and bought herself some yarn.  She is a more basic knitter and finally brought the skein over that she had bought herself.  She explained that she thought she would make something but it was not wound in a ball and she didn’t know what to make.  I told her I would wind it for her with my trusty swift and ball winder but she told me to keep it.  At the last minute (see Why I Love Chunky Yarn post) I decided to make her a cowl. 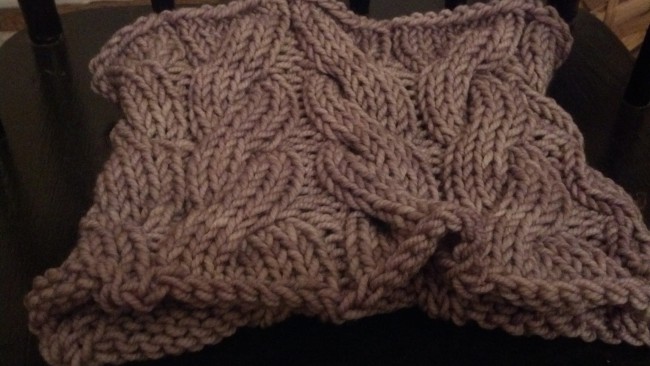 This was another free pattern on Ravelry and can be found here.  It was super quick and with the MadTosh – super soft!

I made two little, quick gifts.  One for a co-worker and one for my traveling buddy who is obsessed with nesting dolls.  For my co-worker, a woven heart.  This was fun because the entire time I was knitting it I could not believe it would turn into a heart, but it did and turned out cute.  It really makes a great, last-minute gift.  The nesting doll ornament was a pattern I found on Etsy.  I knew my friend would love it but did not know if I could fit in before Christmas.  However, it took about 2 hours to knit and I think that was with a snack break! 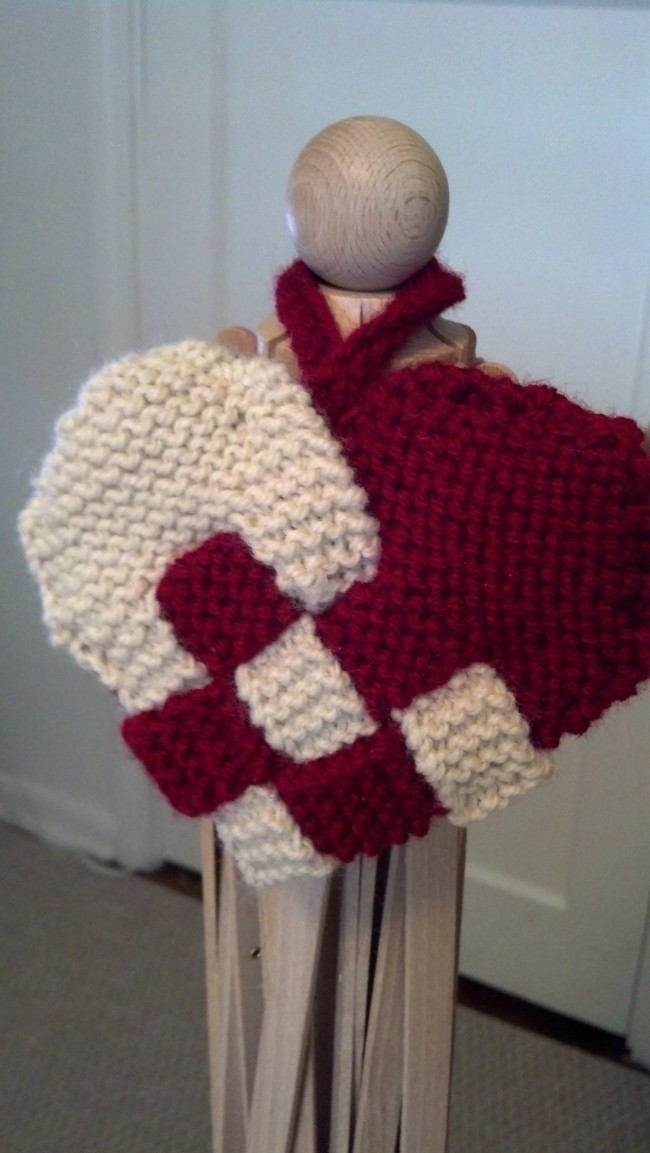 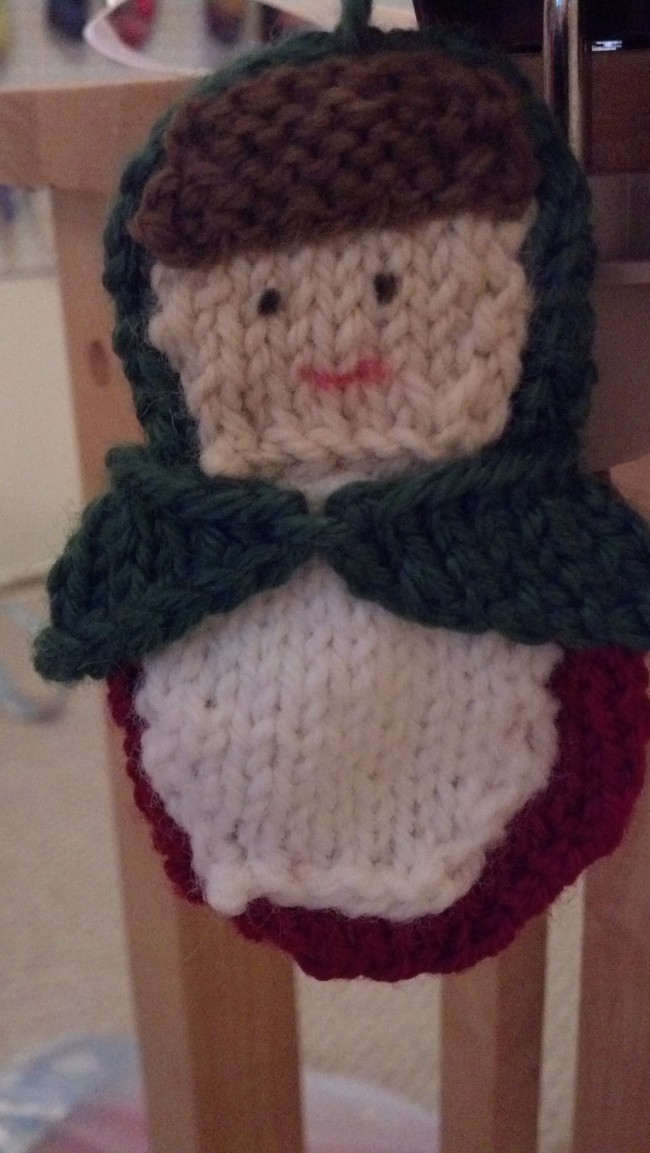 So, those were my knitted gifts this year!  It was fun but I’m now excited to start on a number of projects that have been calling my name for the last few months.  I’ve started two projects since Christmas eve and I believe there is at least one more back in the UFO corner…

I love to knit, crochet, cross stitch, sew, craft, read, cook, & bake. I also enjoy listening to country music and audiobooks. I love to watch sprint car and NASCAR races. I really enjoy making things to gift to loved ones. I also make hats to donate in memory of my father, sister, and grandparents!

the knitwear designs of Cheryl Toy